Molding and Casting the Maquette

'Molding and Casting the Maquette' picks up where 'Sculpture 2, 'Character Maquettes' left off. Beginning with the sculpture, this four-hour lecture takes the student through preparing the sculpture to be molded, by first cutting the sculpture into separate pieces, right up to pulling plastic casts out of the silicone flexible molds and assembling them. Through an intricately detailed step-by-step process, students will learn how to make a flexible silicone Matrix mold, individual box molds and then how to produce plastic castings of all the sculpture parts. From there it illustrates assembly techniques, covering seaming and patching of the plastic parts, then moves on to priming and getting the student ready for painting and finishing their project, all while exposing the viewer to the special materials and tricks of this trade. Students will also learn how to avoid the practical pitfalls associated with this kind of work, walking away with a solid foundation for molding and casting their own projects. 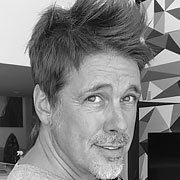 With over forty film and television credits, John Brown’s skills as a sculptor placed him in the top live-action special make-up FX houses in Hollywood. Credits include Alien Resurrection, Species 2, George of the Jungle, Jumanji, X-Files, Mars Attacks, Bless The Child, Monkeybone, The Cell, Spy Kids, Scary Movie 2, Planet of the Apes and a host of others. John is also a bronze figurative artist whose sculptures reside in private collections throughout the United States.